Amid the Crisis, Belarusian Identity is Changing 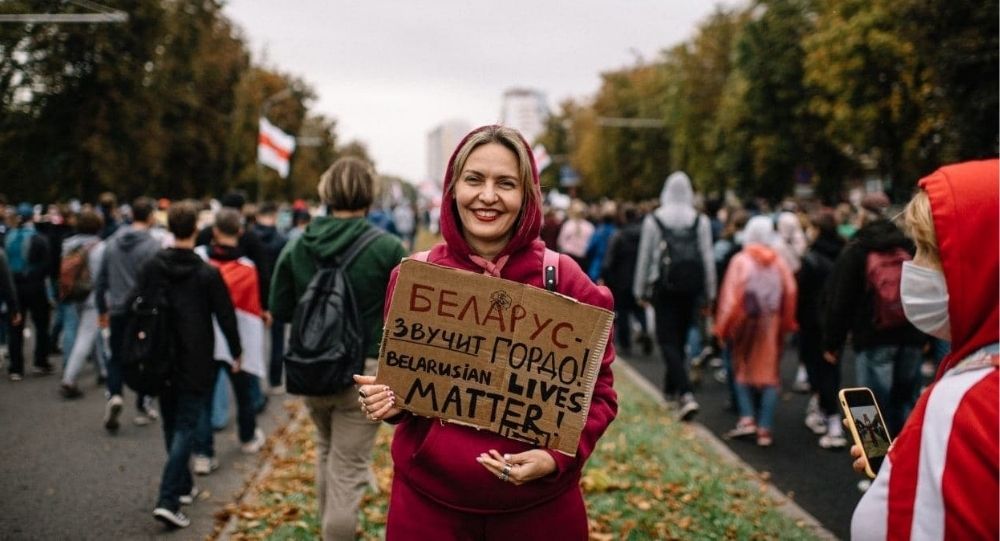 Protests by Belarusians are not only about removing the Lukashenka regime, they are also uniting and reinventing the nation.

Outsiders watch events unfold in Belarus through the prism of unprecedented protest and repression, as demonstrations have continued every day since 9 August, with around 30,000 people or 0.4 percent of the adult population reportedly detained at some point, more than 900 criminal sentences handed out, and at least five people killed.

New sociological research examining a representative sample of the country’s urban population shows only one-quarter of urban dwellers now see Lukashenka as their president, with the majority opposing his policies and 74 percent calling for violence against protestors must be stopped immediately.

But these figures do not present a complete picture of the deeper changes taking place in Belarus society. The crisis has become a melting pot for Belarusian identity, as never before have so many apparently disparate social groups been so consolidated as a nation.

Students, workers, doctors, entrepreneurs, and many others are united in their demand Lukashenka step down, but also by an elevated level of mutual aid with donations to help victims of repression are at a record high.

Although information on many funds are not yet public, the total sum of donations has almost certainly exceeded the $10 million mark, and the scope of such in-kind support as legal assistance or medical help among Belarusians is impossible to estimate.

This new-found solidarity also showed itself when running water was mysteriously turned off for several days in the Minsk suburb of Novaya Borovaya, mostly inhabited by young professionals and the site of constant protests. As a response to the water shortage, close to 20,000 people joined a telegram chatroom in a single day to help coordinate deliveries of bottled water to the district.

Such telegram chats have become a hallmark of the protest movement, with more than 1,000 chatrooms created in the past six months to connect individuals living in the same neighbourhoods or apartment complexes.

This high level of informal communication within communities is unparalleled in Belarus, and the Sunday protests in Minsk on 22 November were organized through the local chatrooms in dozens of places at the same time, which significantly limited the capacity of police to disperse the protests.

As part of this awakening of society, a new national narrative is evolving while the ideology propagated by the Lukashenka regime is in decline. The official red and green flag of Belarus epitomizes this sea change, as it was originally chosen following a referendum organized by Lukashenka in 1995, at which time 75 percent of Belarusians voted in favour of it.

Now only 41 percent of the urban population claims to support it, while the white-red-white flag and the Pahonia emblem, last formally used from 1991 to 1995 but symbolizing the current protest movement, are both now more popular among several demographic groups, especially men and residents of Minsk.

The face of the Belarus capital has changed as well, as new maps of Minsk are emerging to commemorate sites of the largest demonstrations or places where protesters were killed and are becoming new heroes for the nation. The regime has also drawn up new maps – of ‘unreliable districts’ subject to heavier policing.

Views about the outside world are also undergoing a transformation, albeit a less visible one, but especially true of Belarusians’ attitudes towards Russia. For a long time, Belarusian society was among the most pro-Russian in the world with most Belarusians believing five years ago that Russia’s annexation of Crimea was a ‘re-establishment of historic justice’.

But attitudes towards Russia are now in flux with 46 percent of survey respondents stating their opinion of Russia’s political leadership has been ‘negatively impacted by its open support for Alexander Lukashenka in the current political crisis’. Combining this with 73 percent feeling Russia is Lukashenka’s ‘only proponent’ means that, by supporting Lukashenka, Russia is alienating much of Belarusian society.

Although many of these changes are still in their early stages and it remains unclear exactly how far-reaching they will be in the long-term, we can say with confidence that Belarus society has already changed irrevocably since the summer of 2020, and that Belarusians are reinventing their nation.

This opinion poll was conducted between 13 and 18 November 2020 using the Computer Assisted Web Interview (CAWI) method and sent to a diverse grouping that corresponds to the general structure of Belarus’s urban population in terms of gender, age, and the size of respondents’ town of residence. The survey was completed by 864 Belarusian citizens, and the statistical margin of error does not exceed 3.33%.

An original article was published on Chatham House website.