What are the differences between Maidan and Belarusian protests in 2020? 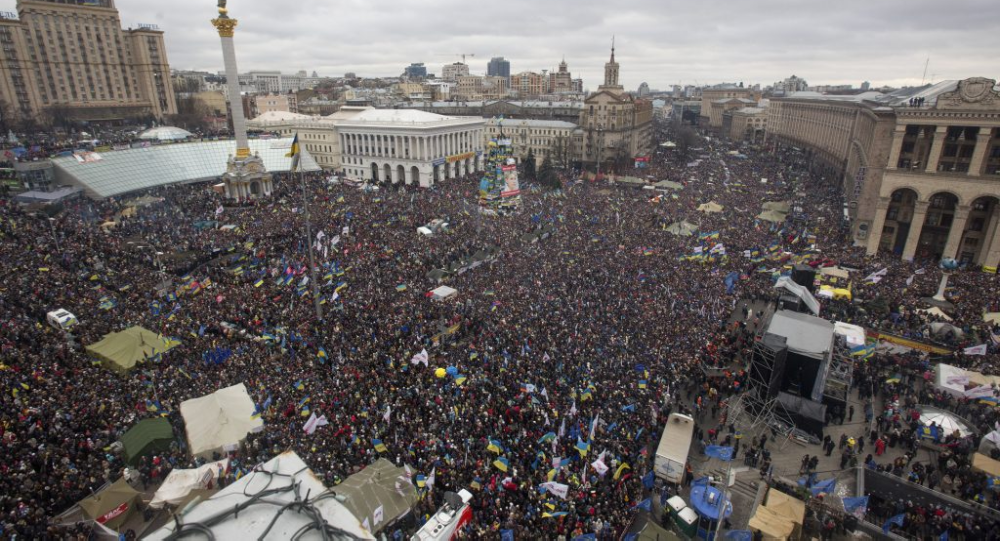 Belarusian post-election protests in 2020 are both unique and similar to other pro-democracy uprisings in the world. Although often compared to the Maidan revolution of 2013-2014, Belarusian protests have a number of peculiarities. In the new series, we publish the takes by three experts on how Maidan and the Belarusian protests of 2020 compare.

David R. Marples is Distinguished University Professor of History at University of Alberta

There are several significant differences between the Maidan uprising in Ukraine of 2013-14 and the protests in Belarus in 2020.

First, the Minsk events lack any outside agencies or aspirations. Belarusians made no appeals to Europe, there are no European or Western flags among the protests; nor for that matter are there any Russian ones. Rather the white-red-white flag that was the state emblem between 1991 and 1995 has become the symbol of the protests. They are politically neutral. In Ukraine, not only was Maidan pro-Europe, it was by the same token anti-Russian, a clear move to take the country out of the Russian sphere into a Western one.

Second, the protesters in Belarus are not armed. Though the Maidan began peacefully, by February, elements among the gathering on the square carried weapons, which they used against the Berkut troops around them. The violence in Ukraine reached a crescendo in February 2014 when snipers on rooftops fired at the protesters, killing about 100. In Belarus, only the police, riot troops, and the army — all part of the Lukashenka regime — carry weapons.

Third, protests began because of violations of the electoral law and a crudely fabricated elections result. The August 9 elections were the focal points of the protests. They provided the motive. The goals were clear: to hold free elections, release political prisoners, and for the president to step down.

Fourth, and not least, women are playing a highly significant — even the major role — in the Belarus uprising. They have their own days of protest, taking advantage of the fact that the riot police do not usually act violently against women. They try to shame the troops into taking their side. They gather at different places, using the white flower as a symbol. And they protect the males when the latter are attacked violently. This factor has embarrassed Lukashenka, who has asserted that women are too fragile to run for president. Women played a significant role in Maidan too, but not in the same way. They did not determine its direction.

The demonstrations in Ukraine and Belarus have in common one factor, namely that there have been no clear leaders. However, in Belarus, during the election campaign itself, they centred around three women (emphasizing the previous point), who replaced the usual leadership candidates from the opposition that we have seen in the past. The central figure, Sviatlana Tsikhanouskaya, was running in lieu of her jailed husband, but proved to be a charismatic candidate of appeal to the population. But she had no political platform other than calling for new, free elections once the other candidates had been released.

In Maidan, there was a coup d’etat, the removal of the president by force, and strong Western support for this action. The fact that the Belarusian protests began against official election results renders them closer to the 2004 Orange Revolution in Ukraine, which resulted in a rerun of the second round of the presidential elections there. Still, they are not the same. The Orange Revolution was about corruption and pro-Russian directions of the leadership; in Belarus today, the concern is about dictatorship, violations of law, and a quest for more freedom among a generation that has known only one leader.

Lastly, the Maidan in Ukraine has been the focal point of three major mass protests: in 1990, 2004, and 2013-14. All three attained some significant changes: the resignation of the prime minister in 1990; a change of president in 2004 by vote; and a change of president in 2014 after a violent confrontation. In Belarus, there is no precedent for what is happening today. The scale of the protests and numbers involved surpass by far anything earlier in the Lukashenka presidency. Moreover, there is a surprising unity among those in the streets and unlike in Kyiv, events are coordinated by social media that the authorities have been unable to control.