Why the Belarusian Revolution Has Stalled 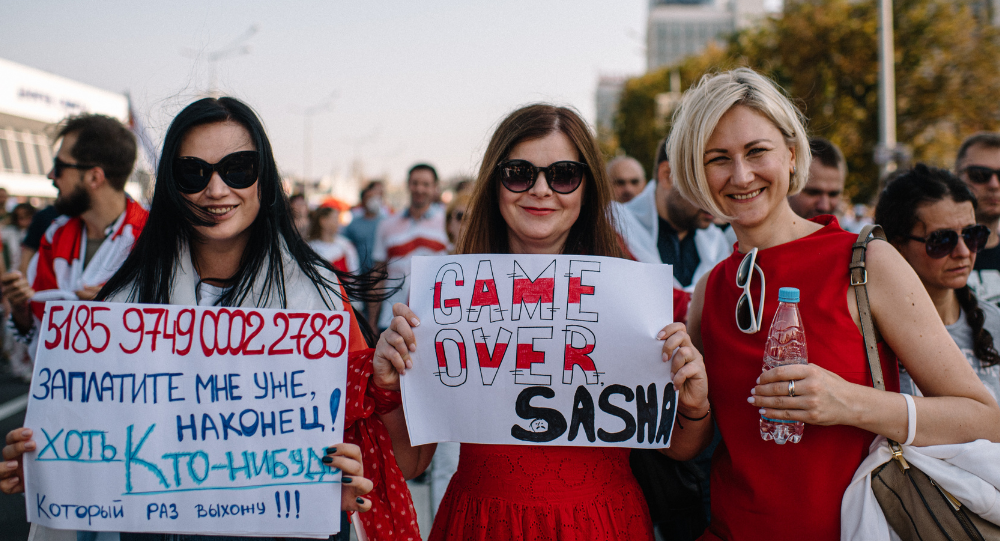 The future still looks bleak for Lukashenka, but he is proving difficult to depose. Although most Belarusians want him gone, their revolution feels on hold.

A majority of Belarusians want Aliaksandr Lukashenka out. His regime is incapable of ensuring a decent standard of living and can no longer draw on substantial financial support from Russia, although Moscow continues to support Lukashenka politically. But, despite all this, a Belarusian revolution has stalled, and some would say failed.

Lukashenka’s regime is maintaining control through large-scale repression, with reports widespread of the government killing protesters or putting them behind bars for years, as well as lower level fines and arrests of people simply for wearing red and white trousers or flying the flag of Japan which features the same colours as the Belarusian protest movement.

Some are saying the protests will resume in earnest in the spring but the number of people at protest marches has diminished significantly in recent months, and Lukashenka probably now believes he has won.

His regime has been able to withstand the protests for three main reasons. First, Lukashenka has kept the ruling class united, partly by involving them and the security services in his attempts to remain in power.

In fact, security services now seem prepared to do almost anything as their own survival hinges on Lukashenka staying in power. Recent reports highlighted leaked audio recordings of Belarusian security agents discussing plans to murder oppositional activists abroad as well as kill protesters, and create prison camps for dissidents.

Members of the election commission, the civil service, and the courts face a similar dilemma as, although many civil servants privately admit change is necessary, plenty resist any change whatsoever.

Lukashenka is not the protesters’ only target – the democratic movement aims to dismantle his entire system because Belarusians understand that the ruling elite are also to blame for the current crisis. The desire to purge the whole political structure for the sake of Belarus’s future is understandable but, in practice, the democratic forces’ inability to deal with the ruling class as the ranks have closed around Lukashenka only cements the regime.

The second reason the revolution is in stasis is – as so often is the case – the democratic movement has failed to galvanize the full spectrum of people who are dissatisfied with Lukashenka. The ‘hardcore’ protesters identified in our recent survey, comprising around 37 per cent of city dwellers, fully support the protest movement and the demands of its leaders. Most have taken part in various forms of dissent such as attending marches or writing collective letters.

But another group from the survey – defined as more passive ‘observers’ and made up of around 45 per cent of urban Belarusians – do not have the same affinity towards the white-red-white flag of protest, nor have they risked taking to the streets in protest. They say they are tired of Lukashenka, but they do not see the leaders of the protest movement as representing their interests and they are unsure who they would vote for in the future.

Some have recently even started to think that Lukashenka is at least a devil they know. It is a strategic error by the protest leaders to neglect this group and to stop trying to appeal to them. This group is tiring of the political crisis turning into what they see as a fight over symbolic issues.

Protesters and Lukashenka supporters currently devote much time to discrediting each other’s flags. Lukashenka ‘hardcore’ supporters, believed to constitute 18 per cent of urban Belarusians according to the survey results, perceive the white-red-white protest flag as fascist because it was used by Nazi collaborators during World War Two.

But the protesters see the country’s current green and red flag as a symbol of contemporary repression. Because of this obsession, ‘observers’ – a huge part of the population for whom flags are insignificant – are left feeling excluded from the political battle. Wages, tackling the pandemic, and education are all more important for these people than the identity struggle between Lukashenka and the democratic movement.

The third reason Lukashenka has managed to hold on to power and continue repressing the population for so long is the position of international actors, who largely perceive maintaining the status quo to be less risky than engaging with the Belarus crisis. Policymakers do not want to antagonize Russia and fear any strong sanctions against Lukashenka only make him more likely to genuflect to Russia.

As a result, Lukashenka does not fear the international pressure, and sanctions against his regime along with international efforts to put a stop to repressions in Belarus have been modest at best. The Kremlin, although interested in a smooth transfer of power to a Russia-friendly alternative, is also hesitant to put pressure on Lukashenka because it does not currently see a better alternative.

At this vital moment, all three of these obstacles are at risk of becoming ingrained for the long-term and eventually insurmountable – but could be overcome if democratic forces in Belarus can muster a little more creativity to bring about a stronger consensus internally for action, and if international actors became bolder and more assertive. Lukashenka is content to wait this out and keep the country in stasis – so without the driver for change coming from others, Belarus’s revolution could be over when it had barely started.

The Chatham House opinion poll was conducted between 14 and 20 January 2021 using the Computer Assisted Web Interview method (CAWI) and sent to a diverse grouping which corresponds to the general structure of Belarus’s urban population in terms of gender, age, and the size of respondents’ town of residence. The survey was completed by 926 Belarusian citizens, and the statistical margin of error does not exceed 3.22%.

An original article was published on Chatham House website.