Soft power of the “Russkiy Mir” in Belarus: what is the real influence? 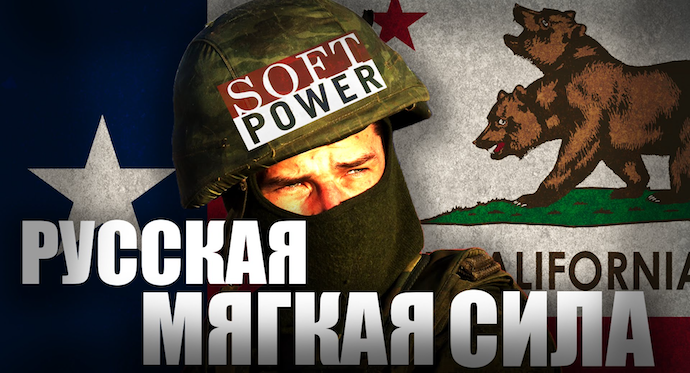 Belarusian authorities build their own “Russkiy Mir”, with local Cossacks.

Alarmists sure that Belarus ruled directly from Kremlin. Lukashenka considers that “Russkiy Mir” is just propaganda nonsense. But what about the real potential of Russian soft power influence? Who represents it in Belarus today and what could be the answers for this influence?

Soft power as a component of hybrid warfare

According to the ranking by British PR-agency Portland, today Russia is on the list of 30 most influential countries by their soft power. Political scientist from the Harvard University Joseph Nye coined the term “soft power” as a political impact which achieves results not by straightforward brute force (“hard power”), but based on free participation, sympathy and attractiveness of ideas and cultural values.

But Russia does not conceal that perceives soft power first of all not as the instrument for supporting Russian culture, but as the important part of hybrid warfare, answer for Color Revolutions. The concept of “Russkiy Mir” (“Russian World”) means simultaneously community of ethnic Russians outside Russia and the desired sphere of Russian privileged geopolitical interests without defined borders.

Ukrainian example: from athletes to the army

History of Donbass is the good illustration for this theses. Numerous structures of “Russkiy Mir” was built here a long time before the armed conflict, but later became nests for Anti-Maidan activists and soldiers of DPR (self-proclaimed state “Donetsk People’s Republic”, according to the Ukrainian law – the terrorist organization).

Bright example – Yauheni Zhilin, the businessman from Kharkiv (a city situated in the eastern part of Ukraine), was shooted by the hitman in September 2016 in Rublevka (a prestigious suburb of Moscow). Before Maidan Zhilin arranged sports club “Oplot” (“Stronghold”) in Kharkiv. This club not just organized fights for money, but also “execute the civil mission, prepared soldiers”. Zhilin’s soldiers “defend interests of the Great Patriotic War veterans” – practically it means that they go to manifestations, organized by the Ukrainian party “Svoboda” (“Freedom”), and provoke fights. During the Maidan Zhilin urge to cripple and kill protesters, his soldiers took part in the grabbing of administrative buildings, and later the army of “defenders of the interests of veterans” armed by more the 100 tanks, infantry fighting vehicles, armoured personnel carriers and 122 mm. multiple rocket launchers “Grad” – “everything, except airplanes and helicopters”. Head of Donetsk cell of “Oplot” was Alexander Zakharchenko – current head of DPR.

In the summer of 2013 it was “just” defenders of the interests of veterans, organized athletes with hooligan manners, but one year later – army of separatists, equipped with heavy weapons. That’s why structures like this one deserve close attention and should be perceived as a serious threat.

The position of organized conductors of “Russkiy Mir” interests in Belarus is controversial. It’s not so strong as you can hear from Belarusian patriots-alarmists, but it causes legitimate concern.

The good news is that in Belarus there is no one widespread organization of “Russkiy Mir” conductors with real influence and many activists all around the country (or even in some big city). Just one organization could be considered more or less such as this – republican public association “Belarusian Slavic Committee” (BSC).

In the summer of 2014, right after the annexation of Crimea, BSC tried to use the legislative possibility to transform their public association into the political party. But immediately thereafter leader of BSC Syarhei Kastsyan began to complain publicly about unprecedented pression from KGB: according to his statement, amateurs of Slavic unity was forced to write statements about the exit from BSC under the threat. Previously BSC was known as the pro-government organization, Syarhei Kastsyan was a loyal parliamentary deputy. But in 2014 BSC felt repression, long known to the Belarusian opposition, and practically disappeared from the public and political life.

Last time in Belarus there was a big bang of stories about military-patriotic clubs of Cossacks and east-orthodox priests: Belarusian children brought up here in the Russian imperialistic spirit, as a “warriors of the Christ”, and took out to Russia for military trainings by neo-nazi coaches with military experience in Donbas. This topic was started by independent media – “Nasha Niva” and “Radio Free Europe” in Belarus – but continued by governmental TV-channel ONT. Belarusian police directed its activities against such initiatives, it also condemned by the Belarusian Exarchate of the Russian Orthodox Church.

Organizations or individuals in Belarus, who collaborating with “Rossotrudnichestvo” or “The Gorchakov Fund”, in this atmosphere prefer not to flaunt their work. It’s difficult to notice their big actions or large-scale activities. Even when Nikolai Starikov, one of the ideologist of “Russkiy Mir”, came to Minsk, the majority of meetings with him were cancelled. And one that happened in the “House of Moscow” in Minsk was noted by an action of “Malady Front” (“Young Front”) – haters of “Russkiy Mir”.

The strategy of the proactive approach can be an answer from Belarusian authorities for “Russkiy Mir” initiatives. On the one hand, Belarusian leader repeatedly exaggerated fears about Russians living out of a suitcase in the 1990s in Belarus, because they way oppressed in every possible way by nationalists from “Belarusian People’s Front”. There is no any evidence of such oppression, but this rhetoric should convince Russia, that Belarusian president is the main defender of Russian interests in Belarus. On the other hand, Belarusian authorities can support wholly loyal to them persons and projects, who played on the “Russkiy Mir” field. For example, among the Cossacks.

Ataman Mikalai Ulahovich, chairperson of the “Belarusian Patriotic Party”, collided with Vasil Zadnyaprany, leader of the “Republican Party of Labour and Justice”, on parliamentary elections in 2016. Both are considered as pro-governmental, but the difference between them became clear. Mikalai Ulahovich, future winner, during the parliamentary campaign criticized his opponent for adherence to the “Russkiy Mir”, but tried to appease Russia: “This is the party of “Russkiy Mir”. I’ll fight against it, why not. I’m a Belarusian patriot, not Slavdom”; “I’m against “Russkiy Mir”. For what we need it? We don’t need “Russkiy Mir” to be friends with Russia”.

In this way, Belarusian authorities clearly understand the threat from the “Russkiy Mir”, but try to react gently, not to tease the “Russian bear”. Some patriots don’t like the lack of immediate and high-profile actions of the authorities. But after analysis of the official actions, we can clearly understand general line: actual Belarusian authority holds monopoly on the protection of Russian interests in Belarus.