Six components of the cultural tourism development in Belarus 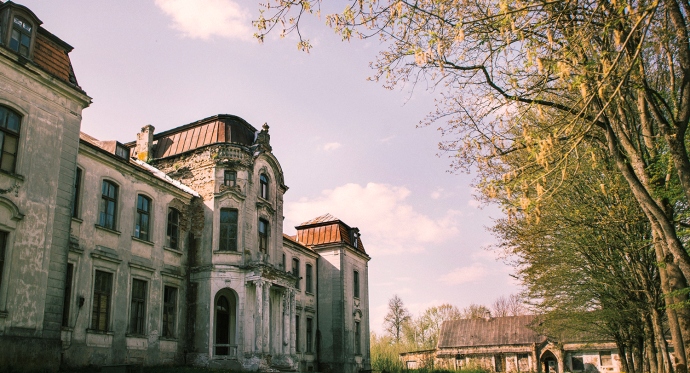 Take care of history more than about muck, do not throw tourists behind bars without a big reason and other unexpected advice on strengthening the soft power of Belarus.

Typically, when people talk about the enhances the tourism potential, first of all, remember about economical benefactions: rich foreigners will come to us with purses full of dollars and raise the local economy. That is true, money from the tourists are needed for Belarusian economy development (especially regional). And currency comes – only in the 2017th export of tourist services increased by 26%.

But tourism income goes beyond the economic wealth. The increased flow of tourists to Belarus is a chance to stop being the white mark on the European map, a component of the Belarusian soft power.

Up till now, there is not a lot of knowledge about our country in the world, while remaining within the overall surface observations: “Tractor, Lukashenka, IT”.

And this among them means that somebody in the world doesn`t really care about Belarusian problems and the threat to the independence. To motivate tourists to travel to Belarus as to special country with its own history and cultural heritage, particularly cultural tourism is needed, not casinos: blackjack and beautiful girls do not do the trick.

Every brand has its bend

Statistics have recently indicated, that most frequently visited Belarusians museums are such as Brest Fortress and Nesvizh Castle. And no wonder, because probably those locations are the most famous, including among the tourists. There movies and clips were made, and various events were organized: from the festival of the reenactors to the evenings in Bolshoi Theater in the Radziwill Castle. They are scientific conferences and songs devoted to them.

The majority of potential Belarusian touristic destinations could only be envy because of such fame. Even places with interesting stories are not famous, for example, mysterious villa in Zheludok or Radziwill’s heritage in Palanechka.

Great, That 34Travel writes about those places, but there more systematic work needed. Local authorities, which should care about their attraction promotion, usually have no resources, neither modern technical tools for such activities.

The new minister of culture Yuri Bondar maintained the cultural tourism development and suggested to focusing on the European neighbours` experience. But at the same time, he recognized that there are enough shortcomings in the logistics and transportation services systems of historic cultural sites – potential cultural tourism destinations.

Thankfully, roads in Belarus aren`t bad, so it is easily possible to reach any destination using a car. But there is a really bad situation with public transportation to the touristic destination.

For example, to come to above-mentioned Zheludok, the tourist need to go to Novogrudok town by bus and try to find one of four bus routes to Zheludok. To Palanechka local buses are going from Baranovichi, where the tourist should arrive by regional train.

That all is far away from comfortable touristic routes.

The Minister of culture promised to fight with that through the close cooperation with colleagues from relevant ministries and local government bodies. But local municipal vehicle fleets have worst times now and it seems unrealistic that they are ready to invest in new routes development and offer something attractive to tourists.

It is time to focus on private companies offers, among them public-private cooperation.

Service “I am not understand”

Probably, the main question to the touristic service in Belarus is about languages. If the tourist is not a Russian-speaking one, unlikely he will be able to travel in Belarus on his own. It might be a little bit funny, but actually cool, when bus station in Bobruisk begins to use Chinese direction indicators.

But where can go this Chinese-speaking tourist in Bobruisk, when he will leave the bus station?

Even English-speaking tourist will meet difficulties in Belarus, especially in the regions. Even more, it concerns German, Turkish or Italian languages.

But problems of small towns where cultural tourism could be developed are not limited to linguistic ones. Try to find a decent restaurant or café – is a real quest, sometimes without a happy end. Level of the local municipal hotels ranges from trashy soviet style to agro glamour, and it is impossibly hard to find a modern hostel there.

Together in common cause

Belarusian society it atomized, local communities are weak, there is not enough experience of bottom-up self-organization, neither cooperation. Not surprisingly in these circumstances, the situation in the tourism sphere is bad, where usually every man for himself and lack of the cooperation.

It comes to anecdotic situations, as when both decent level hotel and restaurant, situated in the same building in Mogilev, cannot come to common rules.

But the problem does not exist only at the separate business`s level: it is a good idea to cooperate in clusters with all tourist infrastructure businesses in the same touristic area. This approach is quite fruitful, including financial indicators.

At the moment touristic clusters in Belarus (especially the border ones) are developing thanks to EU financial support programs, there are millions of euro allocated. Belarusian minister of culture promised to focus on clusters developing too.

The most important side there is not to bring the work to the nice papers and wasted budget, but achieve really useful and noticeable changes, visible for tourist.

We are used to thinking that Belarus is a beautiful country with rich, even if sometimes neglected, historical-cultural heritage. But all this wealth could be spoiled if we will not care about it, but rather, exploit and destroy it.

Latest news, unfortunately, a typical one: in Lida region 300 years old triumphal arch of Radziwills, which is in a state of disrepair and is not in the Belarusian historical cultural heritage list, could be destroyed. Because the old road, previous one, was badly damaged while some muck was transported, and it is convenient for local authorities to build the new one through the XVIII century arch.

Priorities must be established: convenient muck transportation from Velikoe Selo village or cultural tourism development after all?

“Wonderful people live in Belarus, but many of them are in prisons”

Five days free visa regime – is a wonderful touristic lighthouse, which already attracted to Belarus more than 80 thousand of foreigners. The idea to make this visa-free regime even longer obviously, is a progressive one, but it is not enough, it is also needed to stop to throw foreigners to the jail.

The story of “Frenchman with a cartridge” is getting a lot of publicity: Jolan Viaud was really close to get 3 years in a jail because of the souvenir, which turned out to be a real shell. Now one French TV channel is planning to make a documentary film about Jolan, and Jolan himself want to say loudly that “Belarus is a safety country, where wonderful people live, but many of them are in prisons, despite they don`t deserve it”.

But it is the tip of the iceberg in comparison with the story of the painter Daichi Yoshida. He was sentenced to four and a half years of maximum security imprisonment because he had some parts of historical weapons when he had transited through Minsk from Kiev to Tokio. It is possible to go deeper into details of the story, but it is obvious that Daichi is not an international terrorist, and locks and barrels from vintage bolt-action Mosin-Nagant – is not a kind of live ammunition.

With such attitude, it will be extremely hard to attract tourists to Belarus for Belarusian culture wealth discovering.

Cultural tourism in Belarus today is like the castle in Klepachi: foundation already exists, but for tourists’ attraction a lot of work should be done.