It’s Not My Fight: Notes from the Center for New Ideas Roundtable on the Belarusian Undecideds 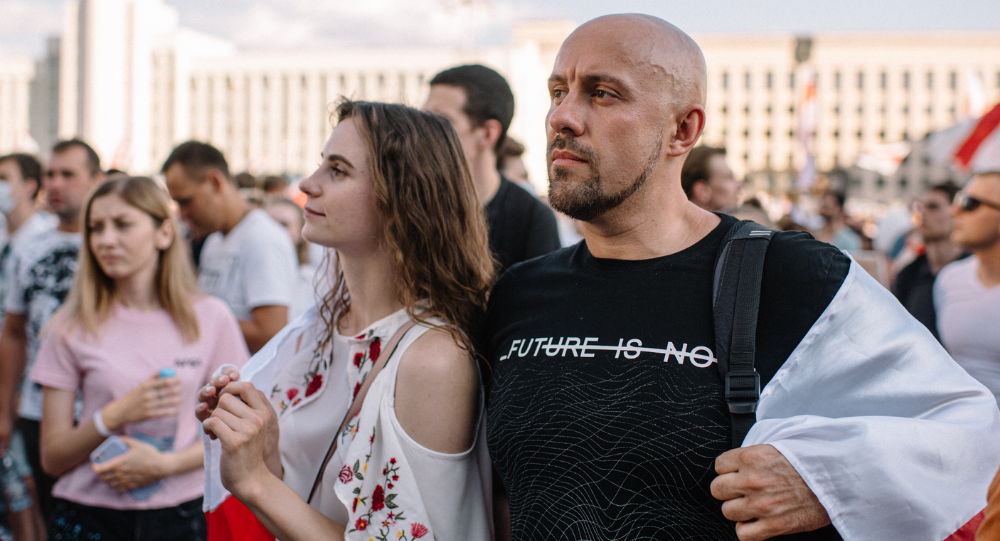 What follows is the summary of an online expert roundtable organized by The Center for New Ideas to discuss the current social climate in Belarus and the country’s politically undecided.

The undecided population in Belarus, i.e. those who support neither the protest nor Lukashenko, make up about a third of the Belarusian society. For the most part, they share the demands voiced by the protestors but they do not support its leaders or symbols, and do not want to be associated with the protest.

A typical undecided is a small town resident, less likely to have a university degree, and a user of such social networks as Instagram, Youtube, VK, and OK.

What especially distinguishes the undecideds is their reluctance to trust anyone. This is one of the main features differentiating them both from the followers of Lukashenko and from the supporters of protest. While the credibility of the protest’s individual leaders and institutions, such as Tikhanovskaya’s office or the Coordination Council, is high among the protestors, the undecideds trust no one at all. The only exception to this rule of distrust is the Church.

Generally, the undecideds are tired of politics. They believe that it is pointless to take interest in politics right now. At the same time, they share many of the opinions and views of the protestors: they, too, are tired of lawlessness and worry about the direction where the country is headed.

The majority of the undecideds are not pro-Lukashenko.

If you ask them about a white-red-white flag, most of them won’t like it. The majority will choose the red-green flag or will be unwilling to choose either. Most are against sanctions. In geopolitical terms, they tend to lean towards a “golden mean”: they want Belarus to have perfectly balanced relations with both the EU and Russia, although their level of sympathy for Russia and especially for Vladimir Putin is high.

The undecideds’ fears are mainly socio-economic: falling wages, rising unemployment, the end of social supports. They also recognize the danger of the brain drain, such as IT specialists or medical doctors leaving the country.

“I am not interested in politics” in Russian, or the peculiarities of Russian undecideds

Belarusian and Russian undecideds are not of the same breed. In Russia, undecideds are not necessarily against the protest per se, but they are wary of the consequences. In recent years, there’s been an uptick in anti-revolutionary rhetoric. On Russian television, anti-October Revolution content is not uncommon. “Do you want to destroy all the achievements?” is an example of such messaging.

The Russian government identifies itself with the Russian Empire rather than with the Soviet Union. While the atmosphere of Brezhnev-era stagnation is almost palpable in Belarus, Russia still has room for maneuver.

Many Putin voters consider themselves liberals who are cautious of protest radicalization.

They vote for “United Russia” or Putin personally not because they support them, but because they are afraid of the alternative. Similar fears are not uncommon in Belarus either: “God forbid evil liberals seize power. Then everything will collapse, as it did in the 1990s. You’ll have to go to Poland to pick strawberries and all businesses will go bust”.

The Russian economy, however, is based on personal relationships and the alliance between the government and the security apparatus. Purely economic arguments rarely strike the note with the middle class. The liberal mantra “if Putin leaves, it will be better” does not work. “Avoid making things worse” seems to be the guiding principle. Everyone understands that radical change will hurt the economy.

Thus, Russia’s politics is stuck: the argument of the late 1980s and the 1990s, “liberals will come and it will get better” is no longer workable. Putin succeeded in building the capitalism of The Stranger on the Moon: a capitalism without democracy; an oligarchic capitalism; a capitalism for friends.

This is in stark contrast with Belarus, where the liberal argument still holds power.

In Russia, people are brainwashed by imperial propaganda, helped by the fact that, while still poor, an average Russian’s life saw an improvement over the last 30 years. A regular person obtained the ability to install new, energy-efficient plastic windows in their home; car loans became available; the allure of supermarket consumerism is still present. Many in Russia still believe that government manages grocery stores, that Putin, by negotiating with African leaders, helps stock up supermarket shelves with cheap oranges.

First the bench, then the revolution

When it comes to liberal values, they tend to lean left. However, there is still widespread allergy to left-wing ideas in the Russian society. The “take, redistribute, and make a revolution” associations are still strong.

In the struggle for the minds of the Russian electorate, emphasis can be placed on expanding local self-government.

By builiding a bridge, holding the Olympics, or parading its new missiles down city streets, the State is showcasing its greatness. But look at the gap between the capital and the regions! The inequality argument triggers a response even with the conservative part of the Russian society.

This is precisely what worked well during the Moscow elections, when voters were told: “People, we came to fix your benches, and then we will change the whole of Russia.” This resonated in regional election, too: “We are not revolutionaries, but we want to have Moscow give you money.”

What to do with the undecideds?

What is our goal with these people? If we want them to protest, some people will never take to the streets regardless of the arguments presented. If the goal is to convert them to vote against Lukashenka, the chance of this happening is also slim.

It is important not to alienate these people.

This is a large group and finding a way to talk to them is important. Persuading them that Lukashenko should leave means getting two-thirds of the Belarusian society on the same page.

Ten months into the protests, everyone is understandably exhausted. For those wanting to hide behind the doors of their home, it is important to understand that the “home” is no longer there. Even simpler options, like going on a vacation, can cause a thought chain reaction, causing anxiety about potential complications ahead.

The riot in the regions can start if there is nothing to feed the children with.

You may not trust us, but Lukashenka is even worse

In an existential situation, values matter. This is especially true when siding with one side or the other. Amid tiredness, people choose either the government or the opposition.

Understandably, protest core is very politicized, with very few people holding non-conforming moral views. By contrast, undecideds communicate with far more diverse groups of people and are hard to convince. One of the messages to overcome this could be “you may not trust us, but Lukashenko is much worse”. Brains are fleeing the country, businesses are being destroyed, jobs are disappearing, the economy and the country are going off the rails.

The ideas of justice, sincerity, and dignity are close to everyone.

They were successfully used in August 2020 and can still work today.

What is your attitude towards the protest? Obviously, this question is fairly vague. After all, many supporters of the protest generally also didn’t see the point in street protests. This means that undecided is not a homogenous group.

But how is their neutrality manifested? Whether they don’t vote or don’t follow the news is difficult to gauge in an authoritarian state. Do we need to work with these apolitical people?

In the U.S., one hundred million people do not vote in elections, 80 million do not follow news by the media. However, American democracy works. The regimes in Belarus and Russia, however, are aimed at suppressing political participation, something that needs to be addressed head-on.

The Belarusian undecideds are unlikely to join the protest because of lofty goals, such as the desire for justice, world peace, etc. These are not the things they are ready to sacrifice their comfort for, even though ideologically they may be averse to violence. The worldview of “it’s everyone for themselves” is perceived as the guarantee of safety, comfort, and financial security. Only last year, when the COVID-19 pandemic hit, some undecideds were forced to reconsider their views.

The authorities, with their rash and strange decisions, were all too eager to jeopardize people’s livelihoods, comfort, and the freedom of movement (such as the ability to vacation in a three-star resort in Turkey). They will continue to do so.

The significance of the French revolution in the late 1700s was not necessarily what happened there, but how other European peoples perceived it and then sought to implement the same aspirations and ideals at home.

The reason people spill onto squares is one thing but who they support is a different question entirely. To protests, one has to feel that they are not alone. If they fly a flag, they must trust their fellow protestors to not hand them over to the police or the KGB.

A revolution is always more destructive when there are fewer social сonnections in a society. Now you can build them.

Yes, it is not impossible to predict the moment when society mobilizes, but this moment inevitably comes, as long as people do what they believe is right.

This on-line meeting was held under the Chatham House Rule.