2022 a Year in Review: What Happened in Belarus This Past Year and What Lies Ahead in 2023? 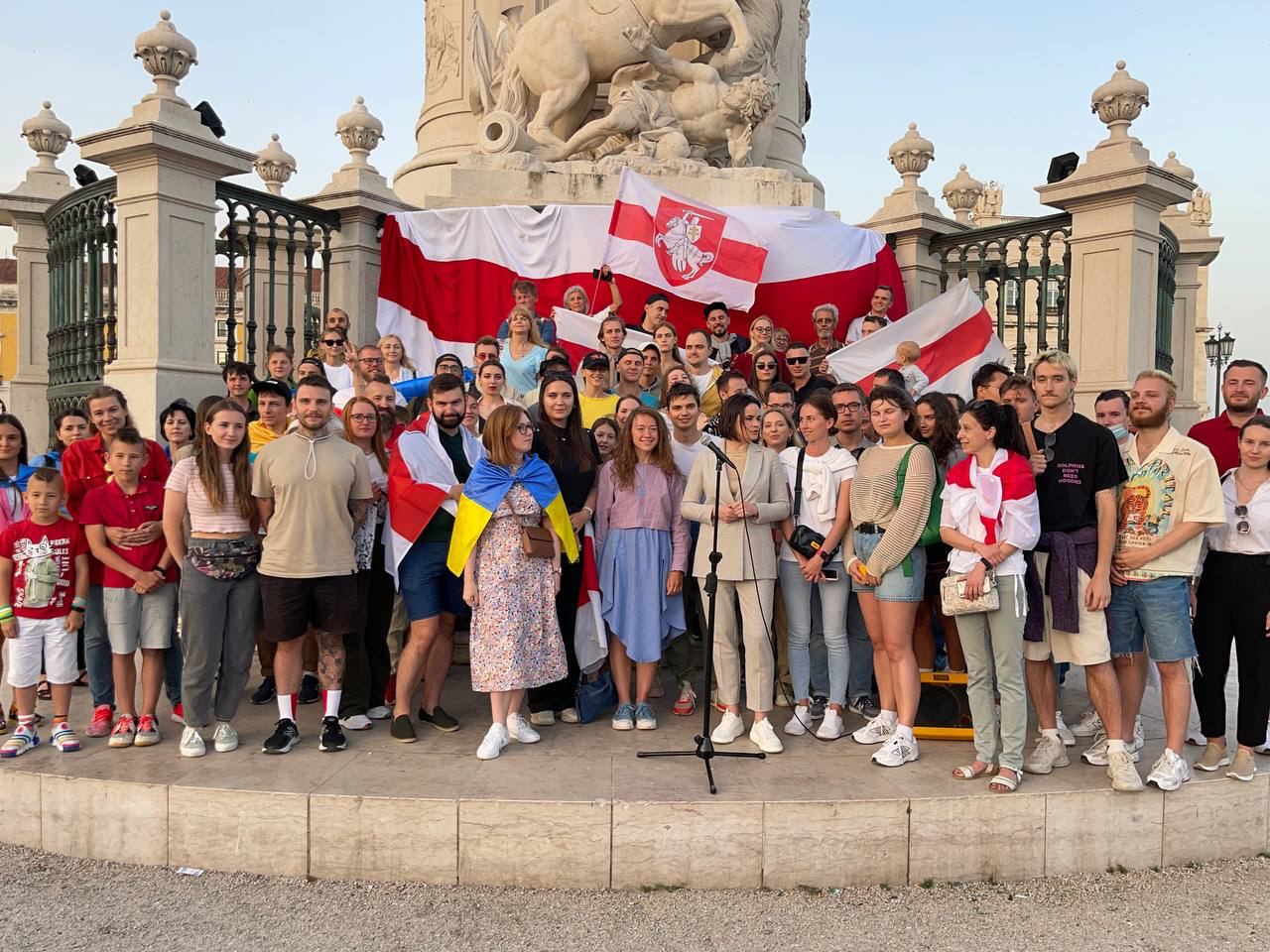 Summary of a closed-door expert discussion on the results of the year for the Lukashenka's regime and for the democratic movement.

At the latest meeting of experts, we discussed the evolution of the situation in and around Belarus during 2022, the results of the year for the Lukashenka regime, and the democratic movement – who managed to take advantage of the potential of the newly opened “windows of opportunity,” and who dealt with the challenges more effectively? Who managed to strengthen their political weight, build up the potential to continue the struggle for power, and who ended up weakened in the face of threats of the future?

2022 was challenging for Lukashenka’s regime in Belarus. As a co-aggressor in Russian aggression towards Ukraine, Belarus was isolated from the West through unprecedented sanctions. For Lukashenka, this situation severely cut the freedom of manoeuvre between Russia and the West, tying Belarus closer to the Eastern neighbour.

Internal politics of the country experienced dramatic changes too. The authorities created prohibitive restrictions for public activity. However, it has a negative consequence for the regime itself: it leaves no room to control Belarusian society through “soft power,” therefore, nowadays, the only pillar on which the Belarusian government resides is violence.

Due to international isolation, Belarusian economics suffers. Namely, this process affects decreased trade with EU countries, including the products of oil refinement – a significant export industry in Belarus. Transition is also affected – marine transportation through Baltic ports, and Odessa is now banned, either due to the war or sanctions, which decreases the volume of Belarusian export. All these conditions leave Belarus one-on-one with Russia. However, while previously Putin’s regime supported Lukashenka, now it is busy with its own survival: Lukashenka’s destiny isn’t Moscow’s priority. Overall, Lukashenka’s regime doesn’t seem to have any exit options.

The 2022 year marked one of increased isolation for both the Belarusian regime and the nation as a whole, cut off from previously profitable economic and political relationships. This has primarily presented itself in two ways:

2022 was challenging for Lukashenka’s regime in Belarus. As a co-aggressor in Russian aggression towards Ukraine, Belarus became ever-more isolated from the West through a host of unprecedented sanctions. For Lukashenka, this situation severely cut the freedom of manoeuvre between Russia and the West – as has been his modus operandi in the past – tying Belarus closer to its eastern neighbour.

The internal politics of the country experienced dramatic changes too. The authorities created prohibitive restrictions for public activity. However, this has had negative consequences for the regime itself: it leaves no room to control Belarusian society through “soft power.” Therefore, the primary pillar on which the Belarusian government resides is force.

Due to international isolation, Belarusian economics is suffering. Namely, this process affects decreased trade with EU countries, including the products of oil refinement – a significant export industry in Belarus. Transit is also affected. Marine transportation through Baltic ports, and Odessa are now banned, either due to the war or sanctions, which decreases the volume of Belarusian exports. All these conditions leave Belarus one-on-one with Russia. However, while previously Putin’s regime supported Lukashenka, now it is busy with its own survival: Lukashenka’s destiny isn’t Moscow’s priority. Overall, Lukashenka’s regime doesn’t seem to have any exit options.

Why is this crisis in Belarus different from previous ones?

One can argue by recalling the cases in the past when Lukashenka managed to escape international isolation. Now the situation changed in two significant ways:

Overall, there are several observed trends in Belarusian politics. On the one hand, Lukashenka is losing his status as the only politician in Belarus and the “Father of the Nation” reputation; therefore, his monopoly over Belarus is damaged. On the other hand, he is still in power, meaning that he controls the governing tools, and is able to support the economy (in the short term). The exterior situation isn’t fatal either: his opponents in opposition are primarily fighting for survival, not focusing on taking power in the country. In addition, the fatigue of the West from the war and sanctions gives Lukashenka hope that current conditions will change for the better.

The democratic movement experienced several challenges connected to their influence on the ground and reputation among Belarusians. If we compare 2020 and 2022, we can observe some natural changes: the significance of democratic structures in exile has decreased, while dissatisfaction from people in Belarus is growing.

What is notable is the transition of public demand from peaceful demonstrations to “decisive” violent actions. This shift was observed by a surge of hope in mass media after creating the “United Cabinet” that included two people with prior experience in violence-connected uniformed services. However, these individuals failed to elaborate on their intentions in a convincing manner. The Cabinet that initially greeted with cautious optimism, is now criticized for its actions. Sentiment from polls suggests that Belarusians in the country think that its international meetings make no sense and work only for the Belarusian diaspora’s interests. Equally notably, the Cabinet acknowledges that it has no other lever than Western pressure on the regime.

However, there is a point of view that the outcome of the war will open a window of opportunity for Belarusian democratic movement. A weakened Russia is thought to give considerably less support to Lukashenka, which can become fatal to his regime. This is why the Cabinet builds its strategy on making these changes happen sooner. Aside from these expectations, democratic movement don’t have a detailed vision of the future, which doesn’t hinder them from receiving support from Western partners. The reason for this is that the perspectives of the democratic movement are closer to Western values than Lukashenka’s philosophy, which leads to an interesting trend: Tsikhanouskaya and her team are approaching the status of the recognized representatives of Belarusian people on the international scale, talking to Western leaders. On the other hand, in the Ukrainian direction, there seems to be no significant progress in diplomacy: direct contact between the Cabinet and Kyiv has not yet been established.

The creation of the Cabinet was a pathway to solving internal disputes in the democratic movement, but it didn’t increase their political capacity. In addition, the violent scenario, being an increasingly popular proposition to overthrow the regime, would become a substantial shift in the strategy of the democratic movement. However, this creates its own challenges for the democratic movement as it would be much harder to find external support, as peaceful actions are more publicly praised than the ones that demand violence.

Another negative factor for the democratic movement in exile is internal conflicts.

Despite attempts to unite, including the one with the Cabinet, Belarusian democratic movement are subject to increasing criticism both inside and outside. Even though the Cabinet sometimes accepts its mistakes, it considers the criticism a covert campaign for discredit. All these factors result in previous supporters becoming increasingly demotivated, which, in turn, adds to the depoliticisation of Belarusian society.

Moving ahead it becomes increasingly unlikely that the Belarusian trajectory will follow its past movements. So what could the 2023 year bring for the country and its people?

As for the future, 2023 doesn’t seem to bring any considerable changes to Belarus unless the West decides to make a deal with Lukashenka. The decisive role of the Western position was demonstrated around the situation with the amnesty, where the regime seemed to be ready to let political prisoners go in case the West consented to make an agreement concerning this issue.

By December 2022, around 1,500 people were considered political prisoners in Belarus, and the repressions didn’t seem to calm down. There are three main reasons for this:

Even though the economic situation in Belarus is far from positive, no catastrophe is foreseen for Belarusian economics. Therefore, it is highly unlikely that the economy would become a reason for the change.

The factor of war

According to current trends, Belarus won’t directly participate in the war, but this is not for certain.

If Lukashenka decides to more actively support Russia in its invasion, this could cause rapid changes in the country. However, for now, Belarus demonstrates a certain level of independence from Russia. The absence of united military governance between Russia and Belarus, and Lukashenka’s control over civil and armed forces are all factors that indicate thatLukashenka tries to distance himself from Russia. What poses a real danger, though, is the risk of creating a Russian military base in Belarus, which would affect the country’s politics even after the regime changes.

If Russia starts explicitly losing the war, Lukashenka can switch sides and avoid severe consequences. The triggers of this change can be different, including Russia’s loss of Donetsk, Luhansk, or Crimea. In addition, even if Russia fails and the power in the Kremlin changes, there is no guarantee that new Russian elites, be they conservatives or liberals, won’t support Lukashenka as a guaranteed ally of Moscow. This factor decreases the chances that the political situation in Belarus will change even after the end of the war.

In addition, Lukashenka’s regime may still use its functioning and controlled bureaucracy, both civil and military, and a certain level of popular support. He fulfills, sometimes ineffectively, three significant demands of Belarusian society: decisive authority, a just economic system that supports the outsiders, and friendly relations with Russia. Those points are even endorsed by the opposition-oriented part of the society, which was demonstrated in 2020. All that means that Lukashenka will not inevitably lose his power.

What should be done to change the situation?

What should the West do? First, it should approach the problem of Belarus more concretely: be as consistent and realistic as possible, and determine the results to achieve and acceptable tools to use. Secondly, Belarus should be brought back into the focus of European politics because the current jumping back and forward doesn’t really help.

What should the democratic forces do? There is no (good) answer to this question. The democratic forces themselves don’t have enough power to affect the country directly. However, they should save their in-Belarus adherents so they can take action if a window of opportunity arises. Another possible path is to analyse the experience of 2020: why it happened but failed. In general, leading on from 2020, the strength of a united people is apparent and perhaps, Belarusians should draw attention to community gatherings and organisations — be it a group that plants trees in the neighbourhood or a club of fishermen – as these can be the basis for a new change in Belarus. In 1863, after an unsuccessful uprising, Belarusians created a union named “Homan” that developed the notion of Belarusian nationalism, which, in turn, had a significant influence on the country’s destiny. A new “Homan” must appear to make a difference.

Despite all this, we should mention that rapid changes in current conditions may lead to unexpected opportunities for Belarusian democracy, and that even with current knowledge it is impossible to know for certain how such a situation will develop in the future.